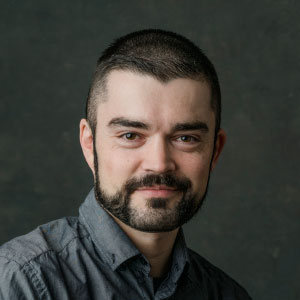 René Bühling has been developing computer games since the mid-1990s. In addition to realizing his own productions, he supports developers and companies in industry and research with his broad-based expertise.

C# for Desktop and Mobile Games

Modelling for Realtime and Pre-Rendering

In the mid-1990s, when there was no internet or high-performance multimedia PCs as we have today, René began to develop and market his own games.

As student he worked as freelancer software developer in a wide range of application types. His commissions included game productions, such as casual games for desktop players or online games for browser and exhibition stand consoles. Mobile content such as wallpapers, animations, ring tones and J2ME games are examples of products that René built for companies like Nokia, ProSieben, Washtec and Weka holding. He was also employed as game developer at Travian Games in Munich.

Since 2015, René is working as independent fullstack developer for games and multimedia software. His first own in-house production A Room Beyond was published on Steam recently and exhibited at trade fairs like CEGC, RESPAWN and Gamescom.

In late 2017 René Bühling started GameDev-Profi.de, a German online project for marketing of video courses and other digital products about game development. 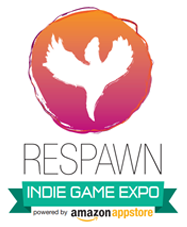 René in Science and Teaching

Being a student of University of Applied Sciences Augsburg, René was among the first students in Germany who were able to choose Game Development as elective focus and later even as major/degree. Consequently he gained a lot of experience across a wide range of technologies and genres from his projects and theses on game development.

René's specialization is the symbiotic combination of artistic design and technical functionality, which is in the nature of all computer games. He was still a master's degree student himself, when University offered him a job as lecturer to pass his interdisciplinary knowledge to the students.

Working as research assistant in Computer Science at Augsburg University later, he continued to teach 3D Design and Character Design between 2009 and 2014. Renés supervision of internships, student projects and theses were related to game development at lot. To increase quality of teaching René decided in 2012 to do a two-year training program which gave him a state-approved Certificate of University Teaching.

René has been involved in several international research projects, including EU project DynaLearn in which he worked on conception and implementation of virtual characters for a playful learning environment. In German-New Zealand cooperation project IT4SE, which deals with information technologies and environmental protection, he did research on different data visualization methods and compared rational data presentations with playful artistic concepts.

René Bühling's PhD thesis about Aesthetically motivated Design as persuasive Element in Interactive Media discusses the role of artistic-narrative forms of visualisation in computer science. Again numerous relations as well as specific application examples for the field of game development are covered in this publication.

For special commitment and togetherness.

Connect with René so you do not miss any news!